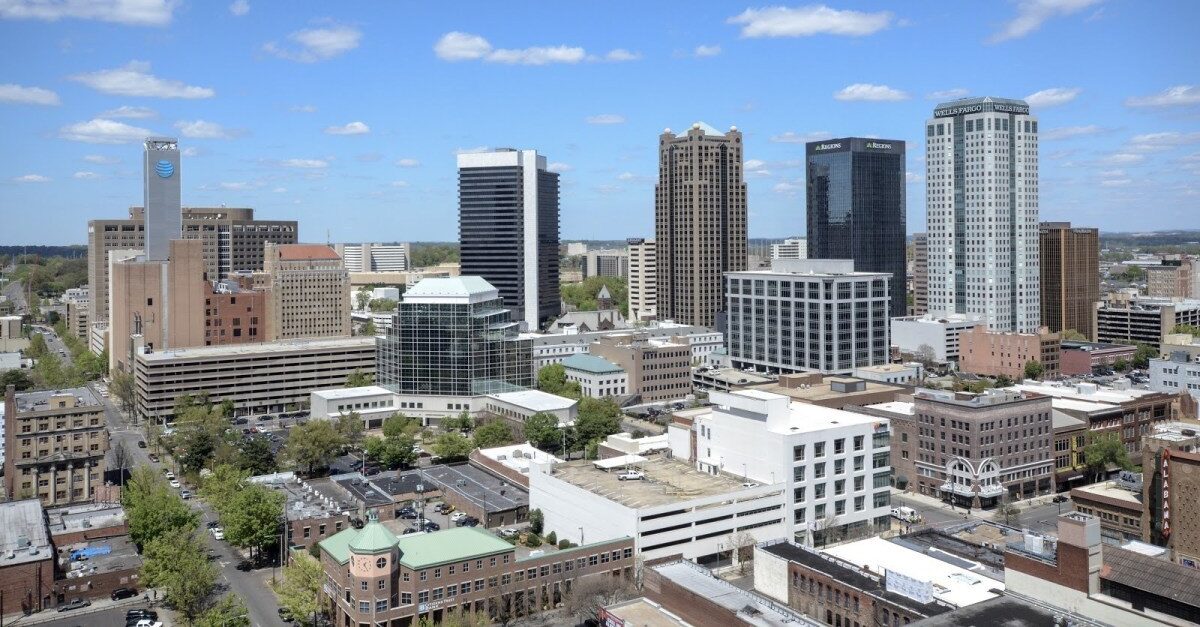 How healthy is downtown Birmingham? How does it affect the greater Birmingham region, and how does it compare to other downtowns across the country?

These questions and more are answered in a newly released report called The Value of U.S. Downtowns and Center Cities — Calculating the value of Downtown Birmingham, Alabama.

Made possible by a partnership between REV Birmingham, the City Center District Management Corporation (a consortium of local downtown Bham businesses) and the International Downtown Association (IDA), the data-filled report compares downtown Birmingham to the whole city and region, plus other downtowns across the country.

Presented by PNC Bank – the 63-page report establishes a baseline from which city leaders, corporate leaders and organizations like REV can track growth and identify priorities for downtown improvements.

“We’ve seen much momentum in Downtown Birmingham over the past decade, and this report gives us the data to back up what we were already feeling: Downtown has more opportunities,” David Fleming, REV Birmingham President and CEO said.

Downtown Birmingham is 3.2 square miles, occupies 2.2% of the city’s land area and is the region’s largest tax generator.

The International Downtown Association categorizes Birmingham as an “emerging” downtown within its three-tiered system of emerging, growing and established.

Emerging downtowns show rapid growth in either residents or jobs (though not both), or have begun to show positive signs of growth. Birmingham’s peer emerging downtowns include Cleveland, Little Rock, Oklahoma City and Tampa.

IDA benchmarks Birmingham at a 52 for its overall vitality score, which is just above the national average of 50. Birmingham’s vitality score will be updated regularly, as new data becomes available.

Fleming: The good news—our downtown as a base for “knowledge jobs” ranks very high compared to our city and region as a whole. We have over 63,000 primary jobs downtown. If you compare us to other cities, we have more concentration of knowledge jobs in downtown Birmingham than Austin or Atlanta, even Dallas—so that’s a good thing. We also learned we’ve clearly been in a transition over the last decade because our base of jobs or employment numbers didn’t grow over the last decade; they basically stayed the same.

Fleming: Downtown’s population is split almost evenly between black and white residents. Most neighborhoods around our region are going to have mostly one race or one income bracket. But this downtown neighborhood is very mixed.  As residential development continues downtown, we must be intentional as a city about preserving downtown’s diversity and improving inclusion.

Fleming: Downtown has seen a 38% population increase over the last decade, which is explosive growth. We have seen the establishment of a thriving restaurant scene. We’ve seen some retail come in like the grocery store (Publix). Our challenge here is that the non-automotive non-restaurant  retail development still lags downtown because of lower density. We need to keep pushing on the density of residents and employment and visitors to properly support more storefront retail. That’s the experience everybody wants downtown: you want to walk down the street and have vibrant storefronts and no vacant spaces.

Fleming: The good news is a lot more people have been coming downtown in the last decade. Think about it: We established Railroad Park, the Barons moved back downtown and the Lyric Theatre opened—all since 2010. Downtown still possesses many of the largest employers and most recognized institutions and buildings. It’s home to the museums and over 900 historic buildings, which gives downtown an authenticity. And frankly, a lot of downtowns don’t have that because they didn’t keep their historic buildings.

Fleming: Our downtown scores well on transportation, because downtown is accessible from almost everywhere in the region. It’s not hard to get to and around downtown Birmingham and you have a variety of ways—bus, Uber, bikes, scooters and cars. We also have some new transit infrastructure slated like the new bus rapid transit and other things coming online soon. I think it’s only going to get better for us, especially for those who are transit dependent.

Why This Report Matters

According to Fleming, this report lays the groundwork “for everyone to feel like it’s a downtown that belongs to them.”

REV will use the report to shape their downtown strategies, and the downtown property owners who fund CCDMC are focused on ensuring people’s downtown experience feels clean, safe, welcoming and fun. REV hopes that leaders and decision makers across the city will use the data to inform their strategies as well. The report is available for (free) download at revbirmingham.org.

The post 5 takeaways from a new report on the health and future of downtown Birmingham appeared first on Bham Now.